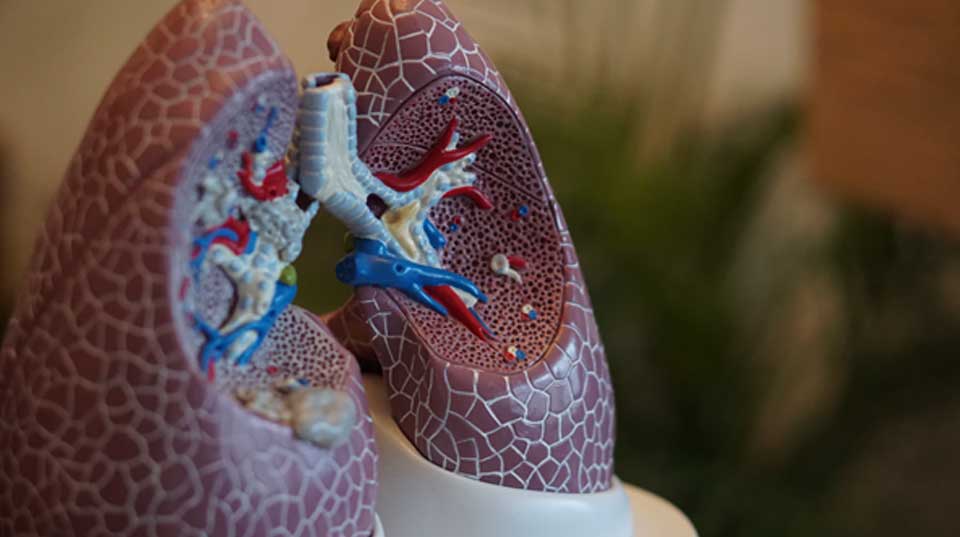 Lung disease can develop over time as you repeatedly expose your lungs to toxic chemicals, such as those in cigarette smoke. The damage caused by these chemicals can result in lung cancer, a serious and often life-threatening condition.

It is best to avoid severe cases of lung illness before they have the chance to develop by practicing healthy habits like exercising and quitting smoking. However, if you are diagnosed with lung cancer, there are successful treatment methods available, especially with early detection.

The more you know about your condition, the more informed you will be when choosing a treatment plan with your doctor. Learn about the different types of lung cancer, how they develop, and what options are available to you so you can take care of your lungs.

When your lungs are damaged through exposure to harmful chemicals or because of underlying genetic conditions, the cells in your lungs begin to mutate. These mutated cells cannot perform the same functions as healthy ones, and they replicate at a much faster rate.

As a result, these rapidly-multiplying cells quickly interfere with the healthy cells, monopolizing your body’s nutrients and causing tissue growths known as tumors.

These tumors can be benign, which means they do not continue growing, or malignant, which means they will continue to grow and will likely spread to other areas. Malignant tumors require immediate intervention to achieve the best long-term outcomes.

Not every case of lung cancer is the same. Some have different causes, symptoms, common treatment methods, and rates of recovery.
Lung cancer has various types such as adenocarcinoma or squamous cell carcinoma. It can also be categorized into small cell or large cell lung cancer types.

Small cell lung cancer, also called small cell carcinoma, is a fast-growing form of lung cancer. Cell damage typically begins in the bronchi in your lungs and aggressively spreads throughout the organ. If left untreated, it can continue to spread from the lungs to other areas in the body.

Symptoms such as difficulty breathing, chest pain, and a persistent cough, often with bloody phlegm, are common. However, the only way to know for sure if you have small cell carcinoma is to have diagnostic tests performed. These can include X-rays, PET scans, CT scans, and a biopsy to confirm the diagnosis.

Lung cancer itself is a very common disease, though the declining use of cigarettes has also resulted in lower rates of lung cancer nationwide.

Small cell lung cancer usually occurs in smokers and only very rarely in non-smokers. It accounts for around 13% of all lung cancer diagnoses.

Because small cell lung cancer is such an aggressive type of lung cancer, it can be more difficult to treat and manage. The highest survival rates coincide with early discovery and treatment, so it’s important to see your doctor right away if you suspect you may have a lung illness of any kind.

If the cancer is localized, most doctors will suggest surgery to extract the tumor. If it has started to spread through the body, chemotherapy and radiation therapy may be used instead.

Non-small cell lung cancer, also known as large cell lung cancer, is a typically less aggressive form of cancer. However, it can still be dangerous if allowed to progress to later stages, so quick intervention is important.

The cancer cells are larger when viewed under a microscope, which gives this variant its name.

Symptoms are similar to other forms of lung cancer. They can include coughing, chest pain, wheezing, and bloody mucus.

Luckily, thanks to its less aggressive nature, it also has a much higher survivability rate. Still, this depends on how quickly the cancer is detected.

Since large cell lung cancer does not metastasize as quickly as the small cell variant, most cases can be dealt with through surgical removal of the affected part of the lung. Medication treatment may also be prescribed both before and after surgery. Your doctor may recommend immunotherapy to assist your body’s natural ability to combat cancer’s effects.

In some cases, chemotherapy and radiation therapy are necessary, but this is less common for large cell lung cancer.

While some forms of lung cancer can come from your genetics, you can greatly reduce your risk by taking care of your lungs and your overall physical health. Avoid breathing in pollutants, wear protective gear when working with chemicals, and make regular check-ups a priority.

A little preventative care goes a long way toward preventing lung disease in all its forms, and it can improve your chances of recovering from lung cancer if you seek timely medical care.